Posted on July 9, 2013 by staffordshirebred 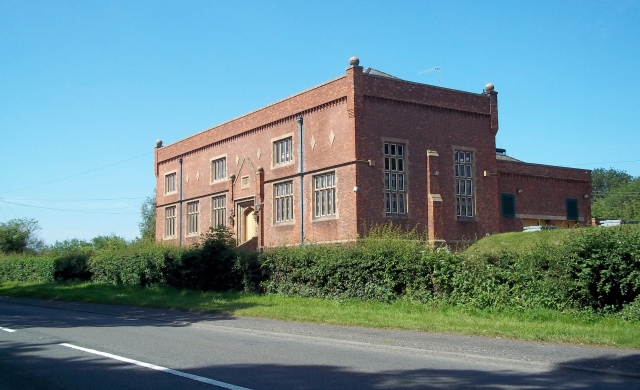 It’s said  – unscientifically – that Greater London’s tapwater passes through 13 bodies before it is discharged into the mighty Thames.  This I could well believe, when I first tasted it, in September 1980 as I commenced wafting through my degree course at London University. Even before my trunk could be unpacked, draped with my tangy Afghan coat, (hairy side out), and sat upon, from the neighbouring room in my Hall of Residence, a traditional Lancashire greeting rang out.

Luckily, the dire taste of that first shared pot of tea thanks to the worn out water was no reflection on the rich and enduring future of our friendship.  That Surrey water!   It seemed so tainted with strange metropolitan savours that I had no choice but to drink draught bitter throughout term-time.  Coming home to Aldridge that Christmas, the very ordinary outpourings of our kitchen tap in Bosty Lane, supplied to us by the South Staffordshire Water Company, tasted like nectar.

Water sold to us, today’s South Staffs Water customers, is partly derived from its reservoirs at Chelmarsh in Shropshire and at Blithfield, where a beautiful expanse of baby, inland, wavelets flare it into gentle green shores that are thatched, sparsely, with some of the oldest remnants of Needwood Forest.

Water from 69 boreholes also gushes into the supply, and this is what contributes to the fine character of our South Staffordshire glassfuls of Adam’s Ale.  The product is so good, that at Elmhurst it is supplied in bulk to the bottlers and retailers of spring water based drinks. There is a particular satisfaction for us, in filling our own choice of portable water container, for virtually nothing, in the comfort of our own home. Although, when you get where you are going with it on a summer’s day’s excursion, it will have lost its refreshingly frigid allure. Some will justify the purchase a plastic bottle of water from a chiller cabinet . 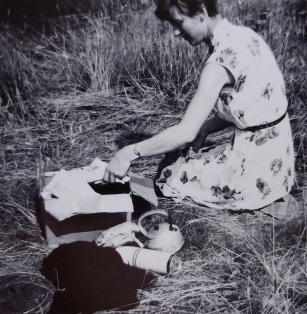 1955.  Here’s Mother, in the dry and sunny summer of that year, unpacking the makings of tea and bacon sandwiches at the usual spot.  She is kneeling in the long dry grass, in a demure, poppy strewn print frock, near a now late, lamented and uncharacteristically straight stretch of the “curly” Wyrley and Essington Canal, behind South Staffordshire Water Company’s  Pipe Hill Pumping Station, just west of Lichfield. The previous year, 1954, this stretch of the Wyrley and Essington  between Ogley and Huddlesford had been closed to canal traffic.  The lack of disturbance in its reedy, weedy depths can only have been good news for  keen sportsmen like my dad. Respectable catches were occasionally documented on these week end fishing trips. Here are Mom and her friend, Betty, contriving to look astonished by a piscatorial haul, in front of the bridge carrying the Walsall Road over the canal at Pipe Hill.  The optical illusion which my dad seems to have been aiming for is somewhat spoiled by the presence of Ron’s “giant” hands in the picture. 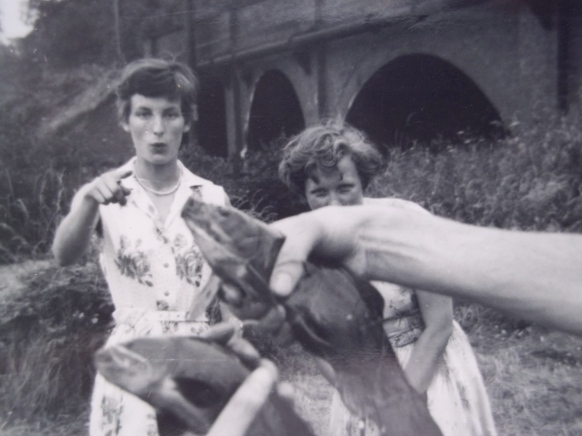 In front of the canal bridge at Pipe Hill.
Would you go fishing without your pearls on?

One breakfast time on the canal, primus stove lit, rashers curling seductively in their bath of fat in the pan, and mugs set down, Mom realised that they had forgotten to fill a jerry can of water to boil for tea.  But there was an obvious solution to this dilemma, which did not involve the dubiously stagnant contents of the canal.  Pipe Hill’s Pumping Station’s impressive Lutyenesque facade of warm red brick, and stone mullions faces the road, away from the canal.  There was no need to trip up the grand steps to an oak door crowned by an austere Gothic arch, of dimensions which would grace any country mansion. Instead, she knocked, kettle in hand, at a rear entrance to the building, to ask for it to be filled with water. The cool interior, the magnificent labyrinth of pipes, wheels and pistons, and the still cooler flow of the water as she swallowed the crystal clear draught given her to drink there, deep in the building, that hot dusty morning, is fresh in her memory.

She recalled then in conversation to the man who received her at the door, and recalls now, that her father, a pipe fitter, living in Walsall, had been engaged to work on the Lichfield pumping stations before the war – sadly, one of the scant few facts that anyone will ever know about my maternal grandfather’s working life.  The old chap at Pipe Hill that day in 1955 was inclined to think that he may have recalled Edward Sheldon, my grandfather.  He was, after all, memorably tall.  And sociable.

The Lynn and Stonnall Conservation and Historical Society’s “Discovering Stonnall” presents me with an intriguing image of a gang of workers at the Sandhills pumping station, taken when the pumps there were installed in 1935.  There is something familiar about the way that tall, lean chap is standing.  The shape of his head. And the way he is wearing his cap….. What do you think?

From “Discovering Stonnall” by the Lynn and Stonnall Conservation and Historical Society. The installation of the pumps at Sandhills pumping station.