The Long and the Short of it.

Posted on November 20, 2012 by staffordshirebred 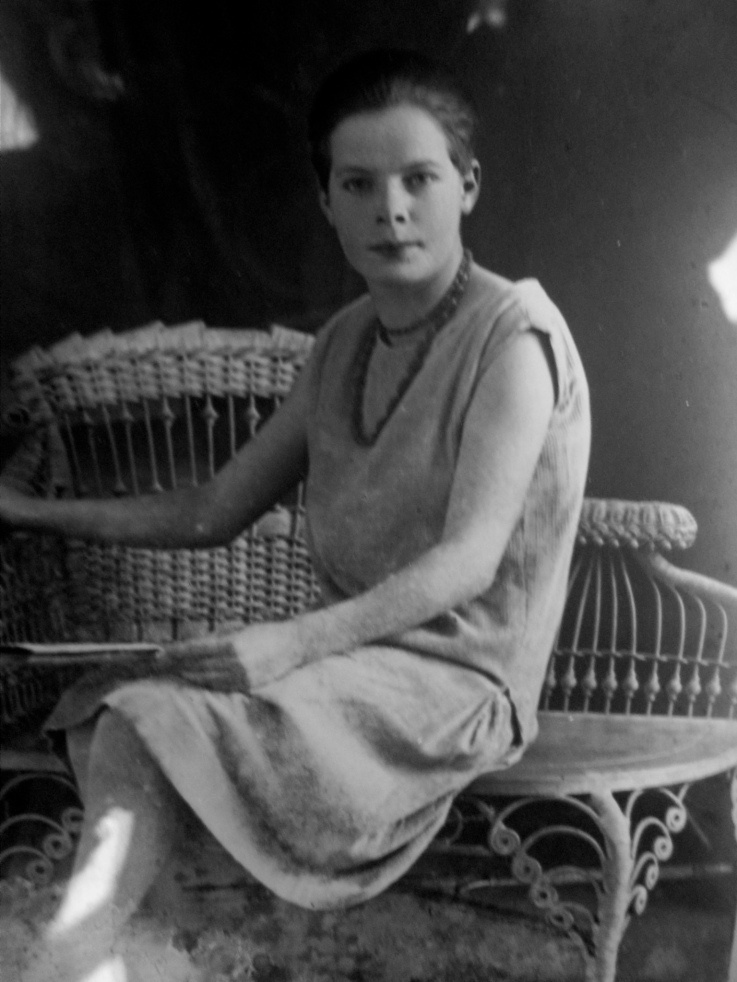 No corsets! Bare legs! Short hair! It’s hard to realise from the distance of nine decades just how radical the young women of the post Great War period seemed to their contemporaries when they refused, in a simultaneous and victorious revolution, the constraining sartorial conventions of their elders. Short hair for females may have existed in earlier eras, but only beneath wigs and hairpieces. Luxuriant tresses, like the wearing of skirts had always been a reliable signal of femininity in England (The Celtic Fringe – pardon the pun – having maintained a slightly variant tradition.) Suddenly, in the middle of the 1920’s, hemlines soared, waistlines dropped, and the most extreme of the new “bobbed” hairstyles, called the “Eton Crop” was in vogue. Fashion was newly democratic: the modern, simply styled, shift dresses could easily be “run up” at home or by a local dressmaker, as opposed to the elaborate, long and full, couture gowns of two decades before. Back then, it had been only mature, wealthy women who could flaunt their ability to keep up with the trends. Now, a gaggle of lively young teenaged girls in a small South Staffordshire mining community could be as “up to the minute” as everyone else – much to the consternation of their families:

Easter time Cousin Sis ( fair haired), Louie (black) me (red) all went to the barbers at Walsall Wood to have the very latest Ladies Haircut.. the “Eton Crop”! When we came out, snow was falling and our heads were bare. When we got to Sis’s we waited a few seconds, but Aunt Alice didn’t shout. Got down to Louie’s – she was expecting a row – I went in to No. 1 confident I could handle the situation. I think my Dad said something like ” Weer’s your trousers ?” Mam said, ” What a bloody mess. “

Louie – Louisa – Beardsmore, was my Aunt Mary’s neighbour, schoolfriend, and confidante. It was to Louie she turned for some advice about dealing with the opposite sex now she had reached her teens. Mary wrote about receiving this stern warning from Louie:

I must not let lads kiss me or kiss them back ; I must never put my hand in their trouser pocket ; I must never let them put their hand in my coat pocket; all or either of these things could result in a baby

Louie Beardsmore was a couple of years older than her friend Mary. Louie had been born in 1910, which enables me to scrutinise her family situation, detailed on the 1911 census. It makes interesting reading, and it sheds some light on her extreme caution in avoiding, at all costs, the risk of untimely procreation!  The Beardsmore household shared a dwelling comprising just four habitable rooms in a house on Aldridge Road, Vigo. It totalled four adults and eight children. Louie’s father, Joseph, and his wife, had come to Walsall Wood from Gornal in the heart of the Black Country, and had, so far, six children. The Beardsmores also harboured four “boarders” in the little house, also migrants from Lower Gornal. Isaiah Hughes was a miner like Joseph, and also living in this intimate proximity was “Miss” Teresa Hale, who was Mrs Beardsmore’s sister. Teresa earned her living as a dressmaker, and squeezed in with her, somehow, were her two young and, presumably illegitimate,sons, Reuben and George. It isn’t easy to visualise how these few rooms, even subdivided and screened off with curtains, could provide any privacy, or even sufficient floor space for the occupants to sleep comfortably. However, their situation was by no means unique in the area.

I see from later records that Isaiah Hughes and Teresa Hale married each other in 1913, which I hope was a happy outcome for them.

The “Eton Crop” was named for its similarity to the the style adopted by the schoolboys of Eton College, who deliberately wore their hair a little longer than normal male convention dictated. The height of its popularity with women was relatively short-lived, and by 1929, their hair was already being styled in slightly longer, wavier, bobs…. with the honourable exception of the occasional monocled Sapphist.

There is something universally seductive about a full, long, feminine head of hair. As a child, Aunty Mary had been prepared to risk angering her mother to admire at close quarters the “crowning glory” of her neighbour, Mrs Muschin.

There were people in the street we were not allowed to speak to. One lady, Aggie (Agnes) Muschin’s Mum used to let me in through her back door and say ” Does your Mam know ?” I would whisper “No”. I would play with Aggie, then we would brush and comb Mrs. Muschin’s hair. When she sat on a chair and undid the plaits, it hung down to the floor, it was like a coal black wavy shawl, we could plait it; roll it round her head; tie it up on top of her hair in a big bun…. She would say ” Better go home before your mother misses you.”

Where did the Muschins come from? The name is absent from the census returns in Staffordshire. There was to be a woeful end for Mrs Muschin.

Mrs Muschin became ill, I gather doctors had said she was not to have any more children, Muschin had been warned a baby would kill her. When the ambulance came for her I rushed up our stairs and looked down on her being loaded onto the ambulance. Never saw her again, or Aggie. The children went during the night.

I can imagine Louie Beardsmore shaking her head sadly, and taking note.