A cast from the past

Posted on October 16, 2012 by staffordshirebred 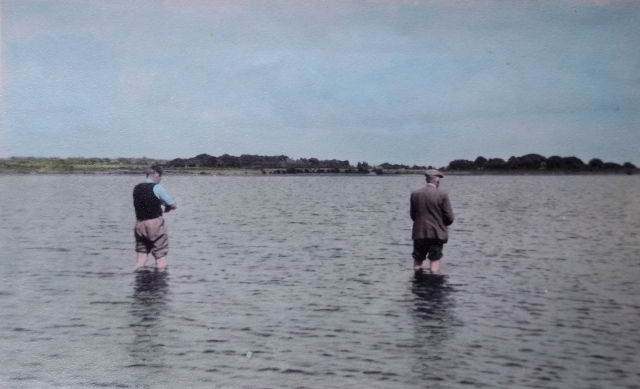 It was warm enough and shallow enough on Norton Pool, only recently rechristened “Chasewater” in July of 1957 for Grandad Horton and my Uncle George to wade out into its clear water barefoot, trousers rolled up, angling for carp or roach or pike. My mother’s careful note on the back of the photograph informs us of the month and year my father took it, and Graham Evans’ fascinating “History of Chasewater” which can be read in full at http://www.chasewater.org, confirms that 1957 was a “year of drought, with water levels the lowest since 1921.”

I wonder how long Grandad had been fishing in Norton Pool? For the whole of his childhood, it must have been the largest expanse of water he had ever seen. He would have had nothing to judge it against in order to condemn some of the unlovely byproducts of industry and coal extraction apparent on its shoreline. And weren’t those eyesores the result of the same activity which gave employment to his father, Thomas Horton, “Coal Miner, Hewer Below Ground”?

In 1901, it would have been less than a two mile walk to Norton Pool for 11 year old Alfred Noah Horton from the family’s current home in “Cherry Cottages”, High Street, Clayhanger. How long they lived there is uncertain, because by 1911, the Hortons were back where they came from in Stonnall, living amongst relatives at Fishponds Cottages, yet only a further mile away from Norton.

How much leasure time would he then have had, at 21, as a “Coal Miner, Banksman -Surface”? The household would have had a reassuringly decent income for my great grandmother Elizabeth to manage it with, as Alfred Noah’s brother John was employed loading coal below ground, and his father Thomas was still working – his specific occupation described as a “pikeman’ . (Having the task of dropping the coal from the roof at the coal face, with a long pike staff)

Grandad never mentioned his work at the pit to me. Unlike his short stint as an apprentice blacksmith, recalled with amusement, and which, for some reason, did not suit him. As far as I knew, like his three sons after him, he had always been in the building trade.

In 1912, Grandad was married, and a few years later, now with a family of five children, had moved to Keepers Cottage, where the Footherley Brook bound the long field of their smallholding, and the opportunity to fish was close at hand for my dad and his brothers. 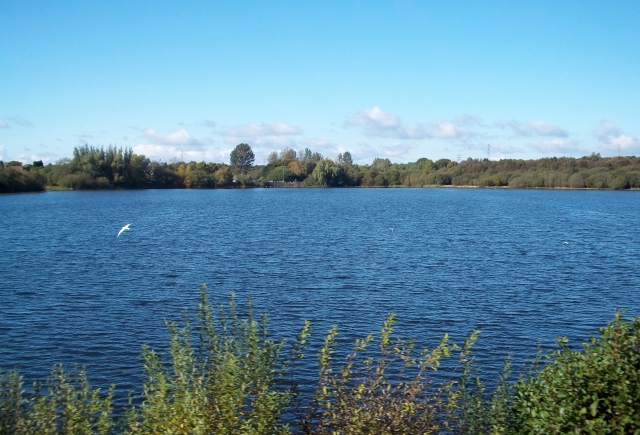 Nevertheless, the summer outing to fish at Norton Pool in the 50’s had not been an isolated event, my mother reminisced on Sunday as the little steam locomotive “Holly Bank No 3” of the Chasewater Railway pulled us around the sparkling blue pool, picturesque in the sunshine.

Now the area is a wildlife sanctuary and a beautiful, natural, area – it does not matter to all the special flora and fauna that call it home that the pool came into existence as a reservoir built to service the canal system in the late 18th century. We saw deer and waterfowl. The atmosphere of family fun in the carriage was infectious. The volunteer week-end railwaymen were immaculate in their crisp uniforms, with the exception of the girl driving the engine, resplendent in her boilersuit, her friendly, grinning countenance authentically smutted with coaldust.

The sound of that steam whistle is very evocative of train journeys past.

Mom leaned back on the authentic red plush seats, and remembered her daunting and exciting first ever railway journey as a girl, when their next-door neighbour in Bentley, Mr Walker,was a railwayman, and he had kindly included her in their familiy’s outing by concessionary ticket.

And in 1947, when her travel warrant arrived to authorise her journey to her Women’s Land Army posting in Shenstone – well, who knew how far away from home Lichfield was, as her friend’s mother waved them off from the platform at Walsall station?

3 Responses to A cast from the past