Ha-Ha. But not as funny as it used to be. 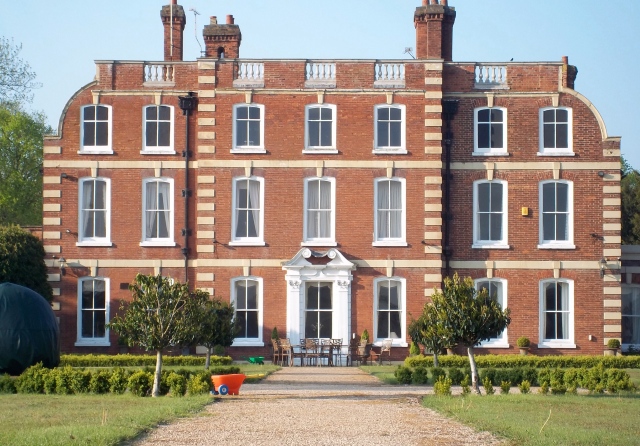 Orgreave Hall, North Elevation. May 2012
I adore the swan-neck pediment – like eyebrows wearing a sardonic expression!

Wet trouser bottoms through the knee high winter wheat at 7.00 a.m., perusing Orgreave on a lovely May morning.

I give the present occupant of Orgreave Hall a gold star for replanting some missing lime saplings at the end of the magnificent avenues of couple-of-hundred-year-old trees leading to the interesting period house they own. Re-enclosing the Orangery on the South Front was also a praiseworthy effort.  However, if bolder, I would have ventured a “See me” in the margin before the historic earth work which was the Ha-Ha bordering the gardens on its North elevation had been completely obliterated by an ugly bank of earth and weeds.

As it is, there’s another black mark in my little book against the names of the chance custodians of an important element in my immediate environment. 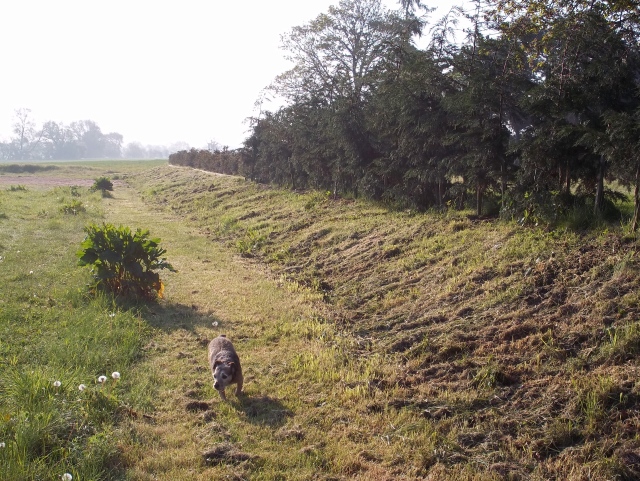 Ed-Ward Ward is oblivious to the travesty of the back-filled Ha-Ha.
Yew planted initially, but Leyland Cypress in the foreground.

Why fill in the Ha-Ha I would like to ask?  To what end?  For privacy, a hedge has already been planted – a tautology of boundaries, but still…..Topping off the garden perimeter with English Yew is aesthetically permissible (Although, as one suspects, ponies should later be desired, it is unwise) – but to continue the evergreen hedge with a line of Cupressus Leylandii is a sin in my moral universe.

Deep breath,  and remind myself of the fate of nearby Kings Bromley Manor, and a score of other minor stately homes of Staffordshire, which were demolished all too recently due to lack of interest at best, and the cumulative effects of the Politics of Envy at worst. At least Orgreave Hall, with its jolly, perfectly symmetrical, Queen Anne facades without,  and its much older history now well concealed within, still exists for us to enjoy. Older residents of the hamlet can remember the superfluous-to-requirements two wings of the building coming down in the 1950s.  This was after Colonel Harrison’s family, inhabiting the Hall with a veritable “Downton Abbey” cast of retainers according to the 1911 census, had migrated to their other local homestead just over the river at Wychnor (retaining our cottage as a home for their gamekeeper).  It could so easily have been the whole lot, lying in a dusty heap behind the fancy iron gates. 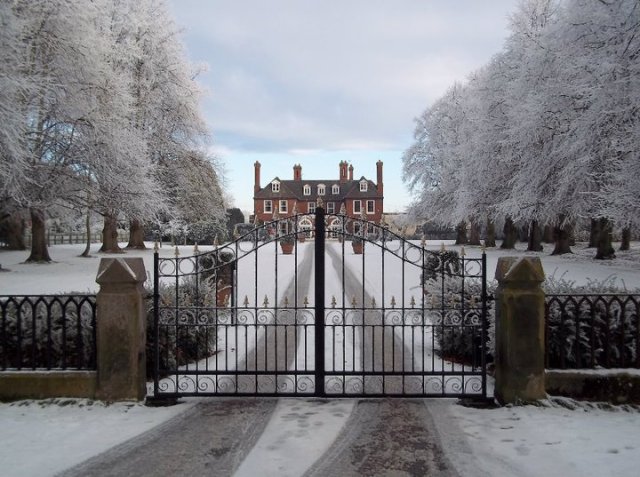 8 Responses to Ha-Ha. But not as funny as it used to be.